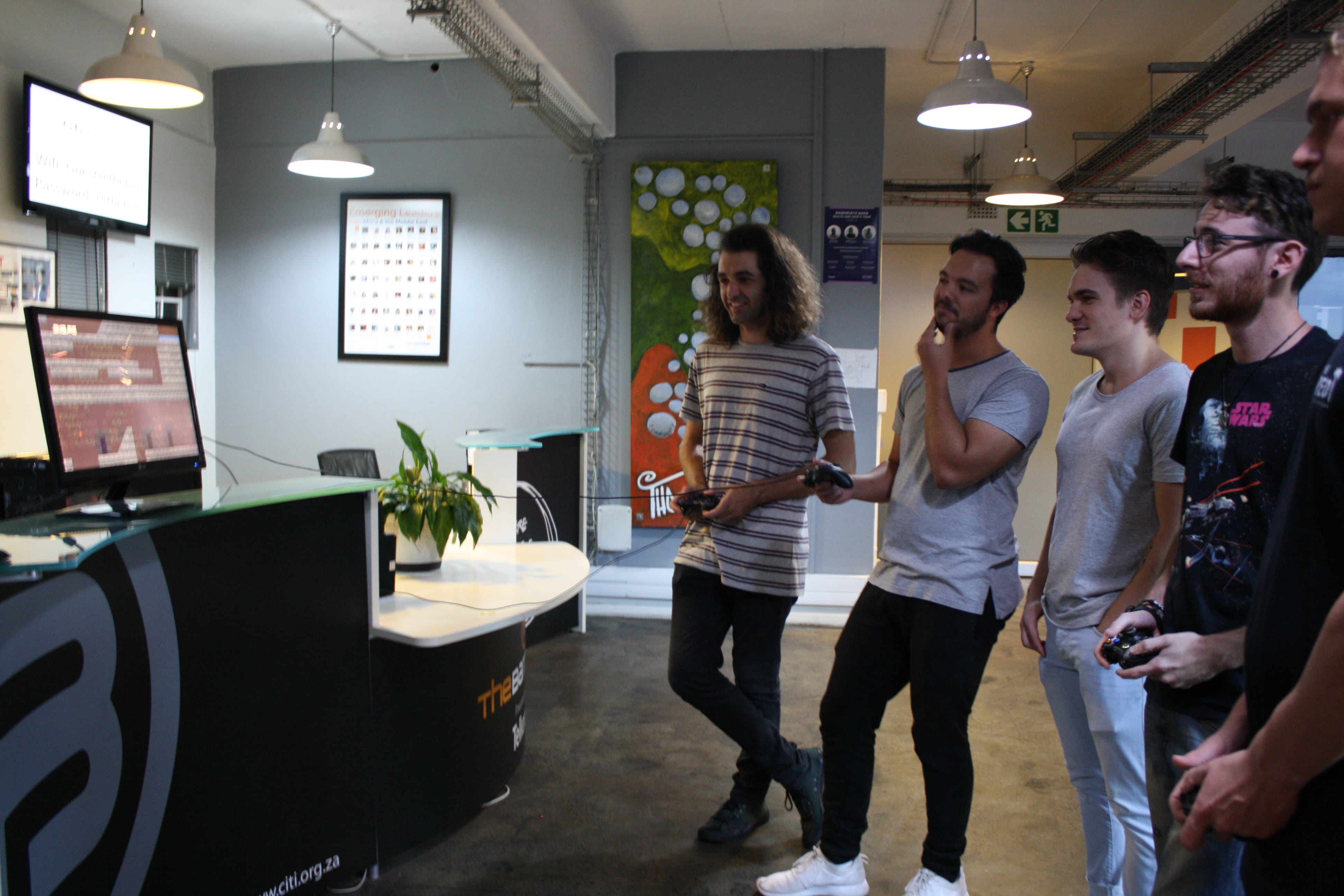 We’ve been quite of late, and it’s all due to us burning the midnight oil getting ready for our first demo to complete strangers. Yikes! The event was a game developers meetup hosted by Make Game SA in Cape Town, South Africa and we were nervous, to say the least. We arrived a couple of minutes early and was greeted by one of the organisers, who at the time, was the only person there. “Thank God” was my initial reaction as my stress levels went down instantly. After a couple of minutes we’ve managed to have the desktop setup in time for more people to stream in. Some people started asking questions about what the game is about and after some more time people just jumped in and started playing.

It was surreal seeing complete strangers actually enjoying something that you’ve created. They were competitive even. As new people walked in we didn’t even need to explain how the mechanics worked, as the people that played initially did all the explaining for us.

We got some amazing compliments and feedback, some people wanted to know where they could buy the game. We have never been this proud and can’t wait to share the game with the world.